Looking For A Solution To Your Heel Pain In Mount Merrion or Finglas? Free Parking Open 8am-8pm Monday to Friday 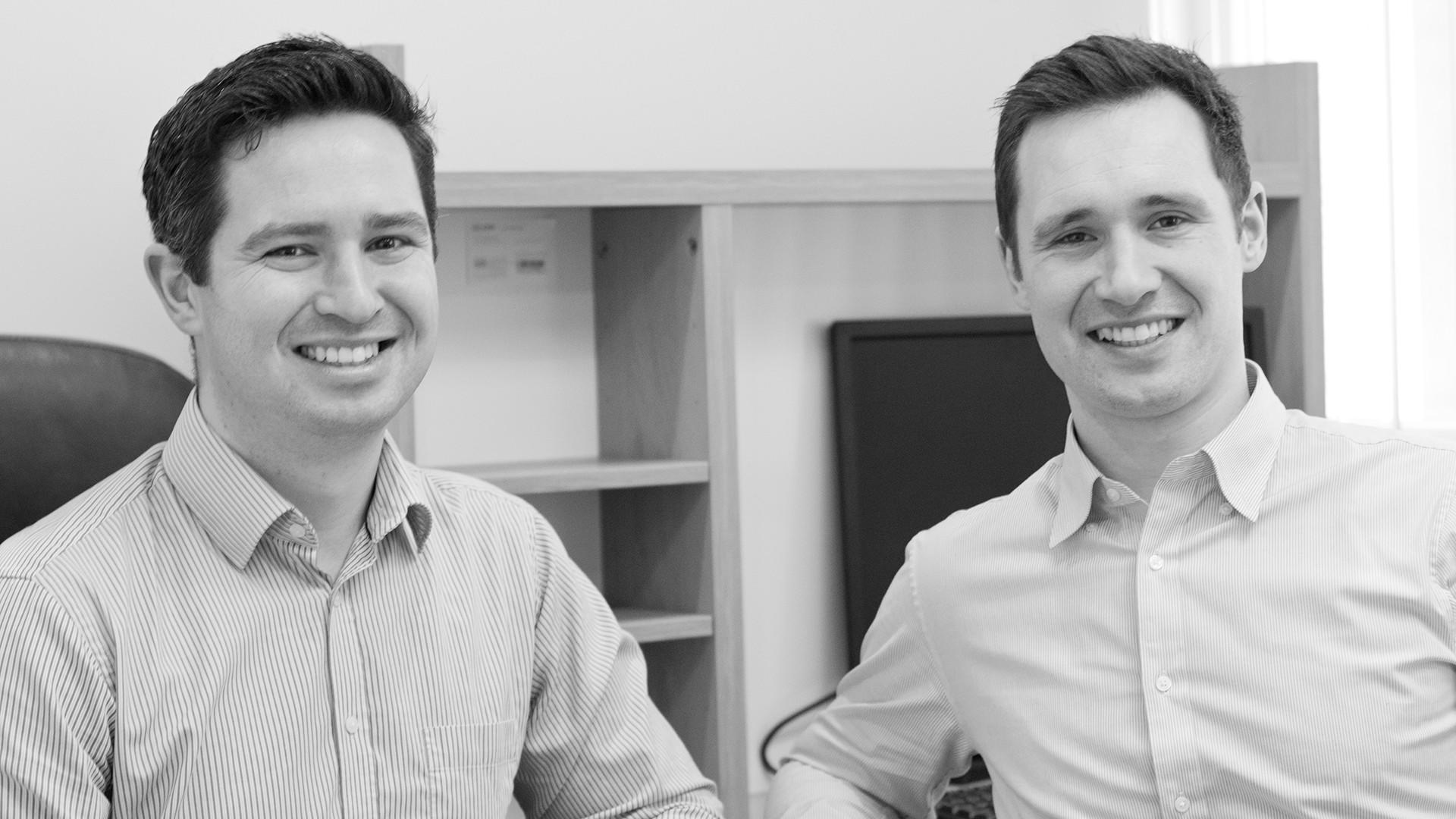 If you’ve got Heel Pain, stiffness or an ache – it’s very tempting to think that it’s nothing, that it will go away on its own.

Or, you might pass it off as having just worn the wrong shoes,or that it’s just a “ache” or a bit of stiffness that “everyone” your age suffers from…

If that’s happening to you, you’re not alone – and we hear this type of thing all the time. In fact, long term Heel Pain including Plantar Fasciitis is THE most common problem that we see in the Foot Focus Clinic.

And when it comes to living with Heel Pain, everybody we see wants to know

Why is This Happening to Me?”… & “Why Am I Still Suffering With Heel Pain After Putting Up With It For So Long?

Most people think that when they get Heel Pain, it’s just going to go away on its own.

They hope that they’ll wake up one morning and like “magic”, it’ll be as if Heel Pain never happened. Deep down they know that unless they do something about it that’s not likely. Months later you’re still living with Heel Pain - often even worse than it was when it came on and are a bit fearful and mostly confused on how to sort it.

A common story we hear all the time in Foot Focus is when people go to the Doctor, and they are told to rest, “try these painkillers” and “see how it goes”.

But this is rarely ever the best advice and often 6 weeks later, they end up going back to the Doctor again because it hasn’t got any better.

Worse, they’re often given yet another prescription of even stronger pills and advised MORE rest.

This is madness and explains why so many people 40+ are suffering with long term Heel Pain by the time they come to see us.

Worst of all is the answer from the doctor “it’s just your age”.

Why else does Heel Pain last longer than it should do? Well, it’s easy to get confused because you’ve been told different things, by different people.

There are lots of people out there who are happy to dispense advice – but not all of it is effective.

Maybe you think your Heel Pain was caused by doing something in particular– like wearing the wrong shoes that one time on the beach or it is just because you’re your mother or brother had bad feet.

If you don’t know what you’re doing – Heel Pain can be very confusing and because of this, many people just end up accepting it as ‘part of life’ – as if it’s normal, and ‘just the way it is’.

Here Are Some Reasons Why Your Heel Pain Is Persisting:

Click the link below to book a call with us if you would like to get some solid advice given to you over the phone. The phone call is complementary and there is no obligation to book any appointments with us after the call is over.

Our goal is to help you make the right decision about what to do next for the best, even if that means we are not the right clinic for you.

Request To Talk To A Podiatrist 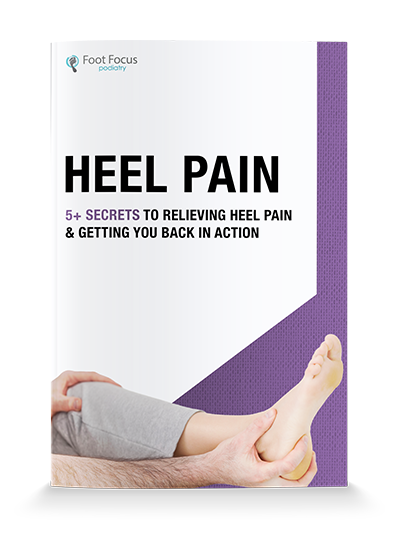 FREE REPORT: “5+ Secrets to Relieving Heel Pain & Getting You Back in Action”

Learn 5 different ways to ease Heel Pain…even if you’ve suffered for months or years and your doctor told you nothing could be done to help!

“What Can I Do To Get Rid Of MY Heel Pain Quickly?”…

#1 - First off, you need to make a decision about getting help. So many people procrastinate for so long, thinking that Heel Pain will ‘just go away with time’, but then months down the line they’re still putting up with it, and nothing’s changed… Or it gets worse. If the plan you have is not working change the plan!!

#2 Next, do the RIGHT exercises – one of the best things to help you ease your Heel Pain is to do the right series of progressed exercises – the right exercises given to you by a Foot Expert will help reduce heel pain including Heel Pain, and allow you to get back walking again quickly – and make sure that the problems don’t come back anytime soon (or aggravate your foot even more like some exercises do).

#3 Avoid sitting and long periods of rest – ever tried to get up from the sofa after resting for a while, but you struggle because your feet feel so painful and tight? That’s because one of the worst things you can do that adds to Heel Pain is rest and sitting for long periods of time. Too much rest or sitting in awkward positions makes your feet stiff and tight. Avoid The Wrong Shoes as this can put unwanted strain on your heels. Most of us do it without thinking and are not sure why some shoes are not as bad as others you have.

#4 - Get​ real, “hands-on” Podiatry – Podiatry is proven to help people with Heel Pain. In fact at Foot Focus it’s what we do all day every day, feet and almost nothing else.

#5 - If your Heel Pain is affecting your job, your ability to keep active, if it threatens your independence or gets in the way of spending quality time with family and friends – Foot Focus can help get you back to living the life you deserve as quickly as possible.

#6 - If you would like to know how the Podiatry team at Foot Focus can help you live without Heel Pain – we invite you to start with a completely free, no-obligation, risk free appointment at one of our clinics.

Note: This Free Taster Session is something that we offer to people who are very nervous or sceptical about our clinic – unsure of the benefit or if it’s the right clinic for them. If that sounds like you, then please start with a free taster session so that we can work with you to find out what is wrong and what can be done – without any financial risk on your part.

Request to Talk to a Podiatrist 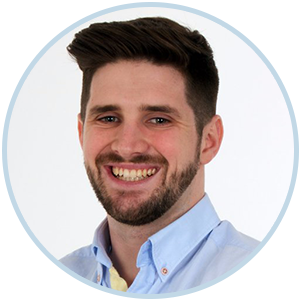 After experiencing foot pain after training I got in touch with Foot Focus who quickly found the root cause. 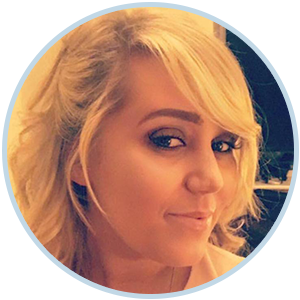 I highly recommend foot focus and I would be very happy to recommend anyone here. 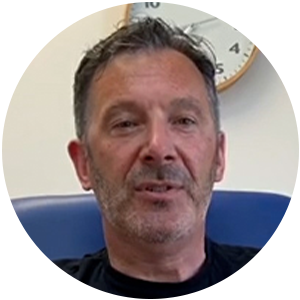 The guys at Foot Focus give me massive enjoyment in how I play sport and exercise.

So……..“How Can Choosing to See a Podiatrist at Foot Focus Help You Get Rid of Your Heel Pain – In The Next Few Days?”

Here’s just a few of the things our Podiatry Team can do for you:
We can quickly take away the pain and stiffness – often inside a couple of sessions

Request To Talk To A Podiatrist

We understand how busy life can get and how hard it can be to find time to schedule appointments around work.

So that you can prioritise your recovery and focus on getting better rather than asking for time off work, we are open: 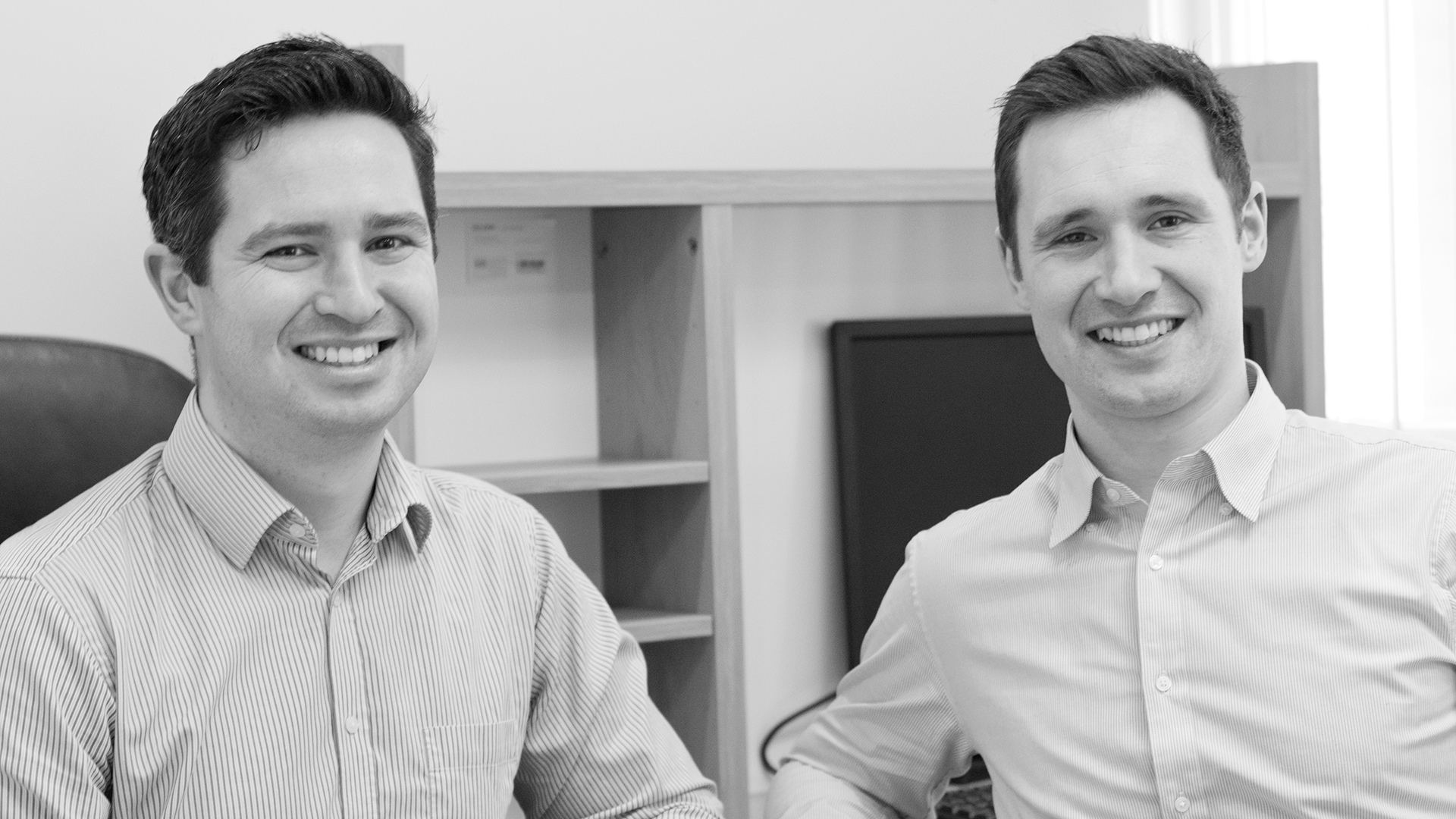 Don't see your insurance provider listed? Get in touch

Where to find us

Tell us about your problem?

* Fill in the form and one of our highly qualified team will be in touch, to discuss your specific problem

What is your question?

How can we help?